I originally intended this 11.33 to be an Iwagumi inspired tank, but the rocks I had for the tank weren’t right for Iwagumi. Iwagumi uses rocks/stones as the basis of the structure, sort of like a skeleton. The rock I wanted to use broke into rather roundish pieces, making it hard to have any jutting pieces. It also made it hard to find ways to position the rocks near each other. So I had to pick between scrapping the beautiful white marble I’d found in my backyard or try to find a way to use it effectively. I’m not entirely sold on how the tank has come out; I expect there to be some major changes or re-scapes in the future.

Here are all of the names of the plants I used, labeled in the images below. 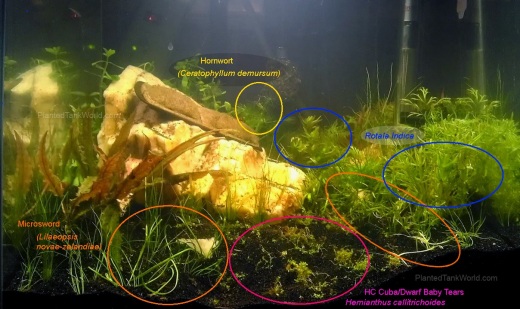 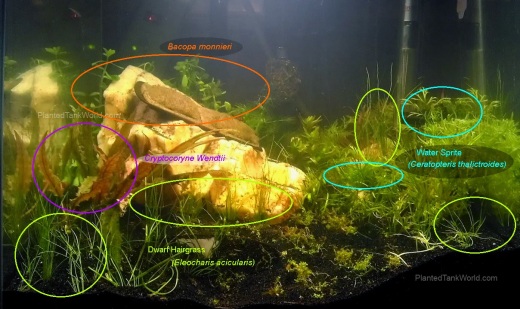