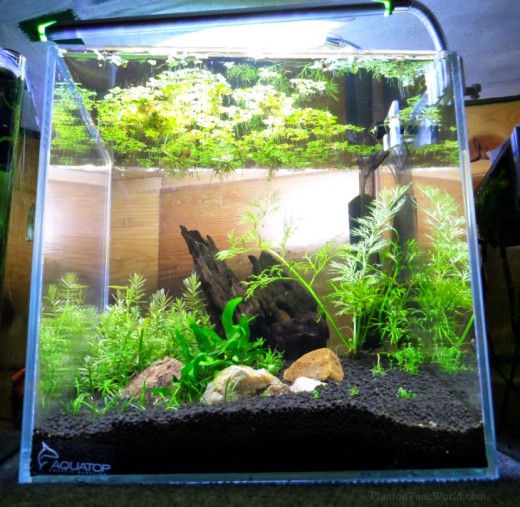 This tank had a rock that reacted with the water, leeching something rather toxic into the tank. I lost all but one blueberry shrimp in the end. I have since re-purposed the tank for a single pea puffer, but here are some shots of the beginning stages of recovery for this tank after it crashed upon removing the rock and performing some intense tank maintenance/re-scaping. 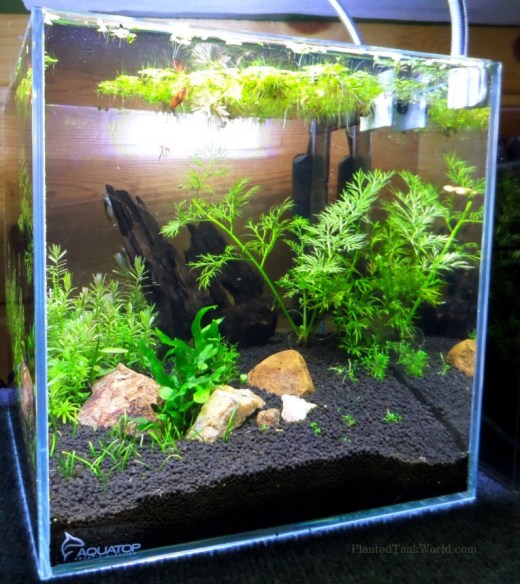 This tank obviously has a lot less going on than its previous iteration. I did a heavy cleaning of the top layer of substrate (while the shrimp were moved to a calmer, temporary container) to remove any lingering toxins that might have seeped into the Fluval Shrimp Stratum. There are also fewer rocks, more open space for water circulation, and fewer plants overall. I took out any plants that were suffering or blocking light, adding them to a different tank instead. 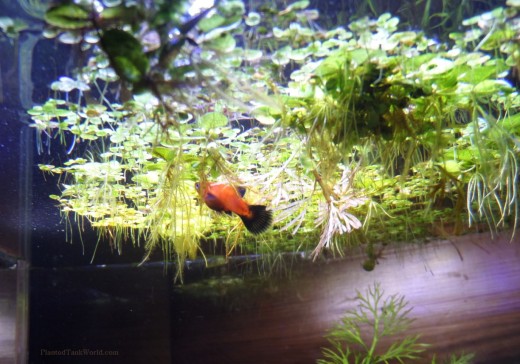 I also added in a baby red wag platy that had been shipped to me as a bonus surprise with a plant/shrimp order. It was originally in with my red cherry shrimp, who were breeding prolifically. When it became large enough that baby shrimp were on the menu, I moved it to this tank. This red wag will be going to the fish store soon enough, because I don’t have a good home for him as he gets larger. 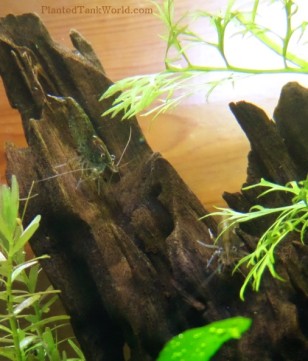 The blueberry shrimp are doing much better now without the oxidizing rock! They’re out all the time now and quite active. It’s great to see them finally happy in their environment. At the time, I wanted to get a few more of them and try breeding, but I wound up opting for a pea puffer tank instead. The remaining blueberry shrimp were added in the the orange sunkist shrimp. Since the blueberry are neocaridina and the orange sunkist are caridina, the two species will not be able to breed with each other. Thus I still get to keep both types in a healthy environment without worries about interbreeding of colors. 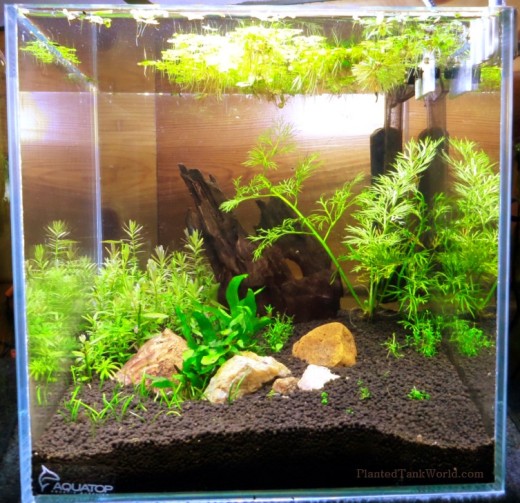 I like how open and simple this tank was. These aren’t the best shots of it, but they still get across the general idea I had for the scape. The rocks and various plants on the left create one focal point, while adding a line of slight from the back left corner toward the front rocks. This leaves the far right open for the water sprite to look like an isolated tree. Definitely not my best work, but it was fun to play with the idea. Most importantly, the setup gave me plenty of control and visibility to ensure that recovery would go smoothly.